Another Visit Cascade Barrel House For Tap It Tuesday 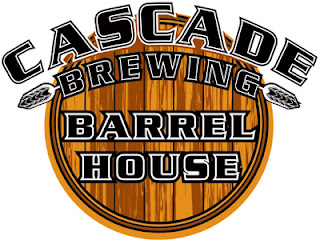 Last night I headed down to the Cascade Barrel House for "Tap It Tuesday" and have some beer with Nicole from Portland Beer and Music (who wrote this nice article about Cody from the Barrel House)  and her husband Paul. This week's barrel at Cascade was 2011 Kriek blended with Bourbon Quad. As luck would have it Ron Gansburg asked me to help tap the barrel! It was a great honor to be asked! Unfortunately I hit the tap like a little girl and the result was a "Sour Shower" - A new term for me.  Now,  of course, this is not the first time for me to be sprayed with beer. Having brewed beer at home and in various breweries I've been sprayed with hot and cold water, beer, sanitizer, and, of course, yeast. But there is nothing quite as sweet as  being sprayed with delicious sour beer!

It's opportunities like these that make living in Portland, Oregon a magnificent thing indeed! 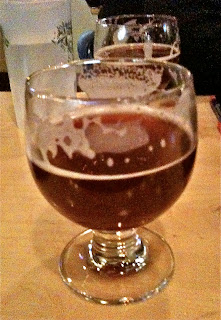 But enough about me. How was the beer? A wonderfully sour but balanced combination of cherries, malt, oak tannins, and bourbon. I highly recommend getting down to there to try this treat!

Thanks to Nicole and Paul for taking the above pictures.

You and the beard did a great job.

Did EvilTeresa find your cologne appealing? :)

Here's a video memento of the occasion:
http://www.youtube.com/watch?v=tEEChW4rKsw

On the off chance Ron ever invites me to tap anything, I'll remember to hit it hard!