Beer Of The Year? Perhaps.

Ladies and Gents I give to you my nomination for beer of the year: Cascade Maker's Mark Single Barrel (Straight) Bourbonic.  Cascade Barrel House tapped it last night as part of their "Tap It Tuesday" program. Last night my buddy Marc and I made out to the Barrel House to try this amazingly balanced and tasty beer.  If you live here in Portland and haven't been to Tap It Tuesday you owe it to yourself to go! They usually have the barrel on for at least a week (I think, maybe 2).  Get down there and try it!  What a great Christmas present from Cascade to the patrons of the Barrel House!

Nicole (and her husband Paul) over at Portland Beer And Music were bestowed the honor of tapping the barrel and wrote a nice post about it.  Check it out. I know there are going to be a lot of lists of best beers of the year soon, this beer and Cascade's Gluek Kriek (served hot with an orange slice studded with cloves and a sugar cube)  sits at the top of mine.  What beers are on your list?

We also made it over to Belmont Station last night where they had all the ('05 thru '09) Epic beers from the now closed Roots Brewing.  It was rare treat get to try these beers again.  My favorites were the '05 and '06. If they still have them on tap you should head over there and try them!

Of course the only picture I got was of the Bourbonic (even that was an after thought)! Too much great beer to taste! It was truly a great night to be in Portland!
Posted by HumuloneRed 1 comment:

If you read about my Beer Camp Experience at Sierra Nevada you may be wondering about the beer that we brewed. I am proud to announce that the first keg will be pouring at Belmont Station this Friday, December 10 (there will only be two other kegs in Oregon: one at the Bier Stein in Eugene and the other at the Highland Stillhouse in Oregon City). 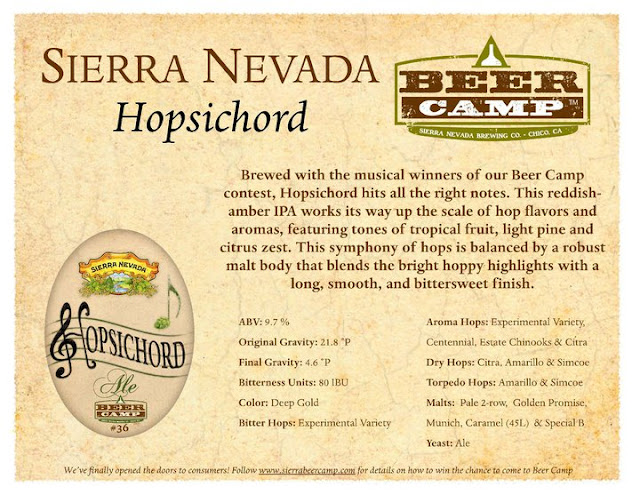 Sierra Nevada's first consumer Beer Camp appears to have been a success as they will be taking entries for second edition beginning May, 2011. See http://www.sierrabeercamp.com/ for more details or come down Friday and I will tell you all about it! Sierra Nevada representative Jeff Eder will also be on hand to answer any questions.
Posted by dabudah 1 comment:

Another post about the Holiday Ale Festival? One might think that the HAF is my favorite festival of the year. Well I guess that would not be too far from the truth. It is hard to believe that it's Holiday Ale Festival time again. 2 PM today in Pioneer Courthouse Square. 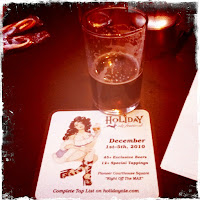 A few days ago I was lucky enough to attend the media preview for the event.  I'm going to just give you my picks from the preview and a few other tidbits since time is running short (I'll be heading down to the fest after I write this post)

First my picks from the preview - 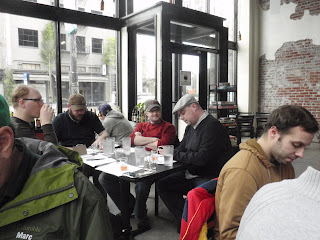 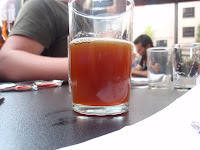 There are quite a few others to talk about but as I said time is short. For more great reviews and information check out these blogs:
Also here is a list of the special rare beer tappings:
Wed. 2 pm
1- 2005 Samichlaus
2- 2009 New Belgium Love
3- 2008 Oskar Blues Ten-Fiddy
4- Firestone 14th Anniversary