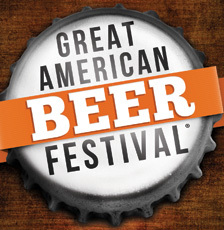 Oh yeah! I can almost hear the bag pipes now! From the Brewers Association press release:

WHAT:
The 30th edition of the Great American Beer Festival (GABF). The premier U.S. beer festival and competition is expected to serve 2,400 different beers, in one-ounce tasting portions, from an estimated 465 U.S. breweries to the event's 49,000-plus attendees. The entire event sold out in just one week.
WHEN:
Thursday, September 29: 5:30 pm-10:00 pm
Friday, September 30: 5:30 pm-10:00 pm
Saturday, September 31: 12:00 pm-4:00 pm (Brewers Association and American Homebrewers Association members-only session)
Saturday, October 1:  5:30 pm-10:00 pm
WHERE:
Colorado Convention Center, 700 14th Street, Denver, Colorado
TICKETS:
The 2011 festival is sold out.
WHY:
The largest collection of U.S. beer ever served. This is a public tasting event plus a private competition. GABF brings together the brewers and beers that make the U.S. the world's greatest brewing nation. This event showcases the diverse beers that make craft brewing one of the fastest-growing segments of the beer, wine and spirits industry.
WEBSITE:
GreatAmericanBeerFestival.com
NOTE TO EDITORS
B-roll footage
Photos
STORY IDEAS:
More than 460 breweries! Chances are a brewery in your state or region is participating. A full list of registered breweries is posted onGreatAmericanBeerFestival.com. 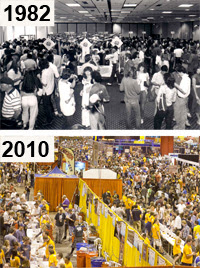 Barbara Fusco, Marketing Director
303.447.0816 x152, barbara@brewersassociation.org
###
The Brewers Association is the not-for-profit trade association dedicated to small and independent American brewers, their craft beers and the community of brewing enthusiasts. The Brewers Association (BA) represents more than 70 percent of the brewing industry, and its members make more than 99 percent of the beer brewed in the U.S. The BA organizes events including the World Beer Cup®, Great American Beer Festival®, Craft Brewers Conference and BrewExpo America®, SAVOR: An American Craft Beer & Food Experience and American Craft Beer Week. The BA publishes The New Brewer magazine and its Brewers Publications division is the largest publisher of contemporary and relevant brewing literature for today's craft brewers and homebrewers.
Beer lovers are invited to learn more about the dynamic world of craft beer at CraftBeer.com and about homebrewing via the BA's American Homebrewers Association. Follow us on Twitter. 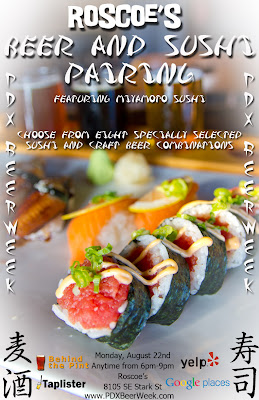 Combining the arts of Sushi and Craft Beer are not easy but after tasting and testing dozens of combinations organizers have came up with what guarantees to be one of the most unique and tasty food and drink pairing events you will have all year. Designed by a panel of beer and sushi tasting experts adventuresome diners/drinkers are likely to find some combos they could never have imagined and using beers rarely available including special offerings from Breakside Brewery and Caldera Brewing. Each pairing is available and priced individually in this casual tasting event. Attendees can choose between having a taster or a full pint of the selected pairing beer along with the Miyamoto Sushi menu item.

Guests are welcome to show up anytime between 6 and 9pm for this special pairing menu.

This Friday, from 5-8PM, The BeerMongers will be hosting Nick Arzner of Block 15 for the official Portland release of their latest bottling. La Ferme de la Ville Provision is a blend of young and old farmhouse ales aged in Pinot Noir barrels with brettanomyces, set to mimic the early farmhouse ales which we're open air fermented, allowing various microbes into the beer. We'll have nine cases total available, with a two per person limit. 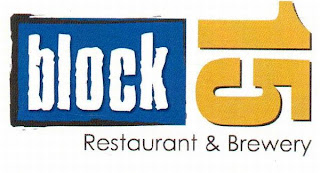 Email ThisBlogThis!Share to TwitterShare to FacebookShare to Pinterest
Labels: Block 15, The Beer Mongers 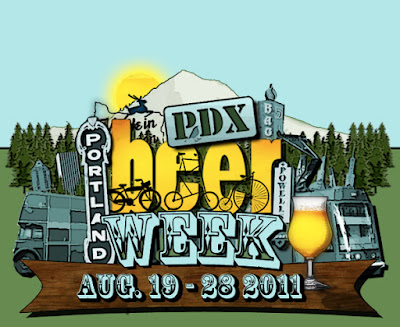 Portland Beer Week, a city-wide celebration of the vibrant local craft beer community in Portland, Oregon, will take place Aug. 19-28.  The week-long event will highlight the breweries, businesses,  people and, most importantly, the beer that have earned Portland its well-deserved reputation as Beervana.
In its inaugural year, Portland Beer Week will include a series of events hosted throughout the week at beer-centric establishments all around town.  Featured events include beer festivals, tastings, out-of-the-ordinary pairings, special tappings, gastronomical experiences and the world premier of “The Love of Beer,” a documentary about the region’s women of craft beer.
Widmer Brothers Brewing, one of Portland’s oldest and most-celebrated local craft breweries, has even brewed a special beer for Portland Beer Week.  The beer, a golden ale brewed with rose hips, unnoficially dubbed Rose City Hipster will first be available at the PDX Beer Week kickoff party on Friday, Aug. 19 at the Horse Brass Pub.  Other events include: 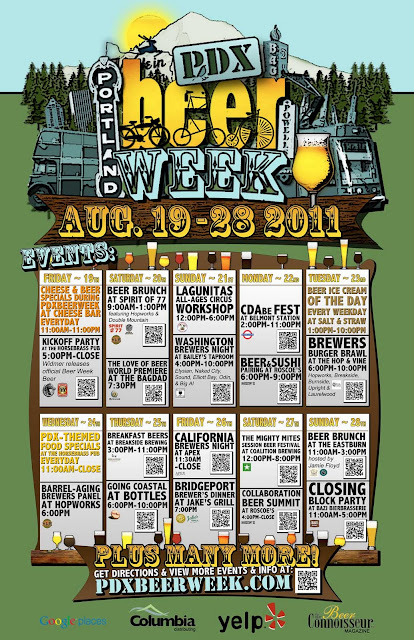 Portland Beer Week would not be possible without these sponsors:

Beer Connoisseur Magazine: Beer Culture Defined. Delve into the world's premier beer magazine as it explores beer culture both in America and abroad.

Columbia Distributing is one of the nation’s largest malt beverage, wine and non-alcoholic distributors. Our success is based on the fact that we never lose sight of delivering what’s really important—quality products, timely service, and a genuine concern for our customers needs.